At Damien Greer Lawyers, we have over 40 years of expertise in advising on all aspects of family law, including marriage and divorce.

Over this period of time, we’ve seen considerable changes in both the way that people get married and divorced in Australia, and the frequency in which they do so. To learn more about marriage and divorce in Australia, and to see how we compare with the rest of the world, we’ve pulled together all the latest statistics.

Since the 1970s, Australia’s population has almost doubled. However, despite the increase in population, in 2017, there were fewer marriages than there were in 1970.

In recent years, the number of marriages has been relatively stable. In 2018, there were 119,188 marriages, while this number fell back to 113,815 in 2019, according to the Australian Bureau of Statistics.

Similarly, more and more of us are living together before we marry. This is seen clearly when we look at the proportion of marriages that were preceded by cohabitation:

On top of this, the way we’re getting married is also changing. This is because an increasing number of couples are turning to a civil celebrant to conduct their marriage ceremony.

Marriage by state in Australia

In 2019, all states and territories in Australia recorded a decrease in marriages compared with 2018, with the exception of the Northern Territory.

At the other end of the scale, the Northern Territory registered 112 additional marriages (up 1.3%).

When we look at the raw marriage data for 2019, we can see an interesting pattern that shows the difference in marriage rates by state.

For example, New South Wales comfortably held the most wedding ceremonies (39,596), while the Northern Territory held the fewest (805). That’s a difference of 38,791! The full data is as follows:

When we look at international marriage statistics, we see that other countries also have stable marriage rates, just like Australia.

In addition, ceremonies abroad are also becoming less religious. For the first time ever, less than one-quarter (24%) of all marriages in the UK in 2016 were religious ceremonies. In 2017, this fell further still to 22%.

Similarly, Eurostat’s data shows us that, like in Australia, residents of the EU are waiting longer before they get married.

Of all the countries in the world, data from The Economist shows us that Qatar had the lowest number of marriages per 1,000 people in 2018 (1.4), while the West Bank and Gaza had the highest (10.0).

By comparison, Australia’s marriage rate was 4.6.

Since the introduction of ‘no fault divorce’ in 1976, Australia’s crude divorce rate (the number of divorces per 1,000 Australian residents) has fallen steadily from highs of 4.5, according to the Australian Institute of Family Studies.

The data from 2019 shows us that the average marriage in Australia lasts for 12.2 years.

The data also shows that couples who have been married for between 5 and 9 years are the most likely to separate or divorce. The official figures from 2019 show that 26.4% of divorces were from couples in this category.

In 2016, 72% of marriages were between couples who had not been married previously.

Of the remaining marriages, 16% contained one person who had been married previously and 12% were between couples where both partners had been in previous marriages.

But sadly, the data also tells us that second and third marriages are more likely to end in divorce.

Interestingly, the proportion of divorces involving children has fallen since the introduction of the Family Law Act.

Similarly, in 2014, the divorce rate among couples with children was 40% lower than couples without children.

At present, 1 in 5 children in Australia are now growing up in a single parent environment.

When looking at the number of children per divorce, we can see that, of all divorces involving children:

Data released by Statista reveals that the crude divorce rate for 2019 was highest in Queensland, and the lowest in the Northern Territory:

But, looking at the divorce rate doesn’t always tell us the full picture. When looking at data for 2019, we can see that (in terms of raw numbers), more divorces took place in New South Wales than anywhere else in Australia:

COVID’s Impact on Marriage and Divorce in Australia

Although the full impact of COVID-19 on Australia’s marriage and divorce rate is still largely unknown, early indicators suggest that the pandemic has reduced the marriage rate in Australia.

In the first half of 2020, COVID-19 restrictions meant that the number of marriages in Australia fell by 30%. From January 2020 to June 2020, around 38,000 marriages took place. This is much lower than the average of 55,000 over the past 5 years. However, despite restrictions, 20,000 weddings still took place between April and June.

When it comes to assessing divorces, the picture appears to be much more mixed. Although the divorce rate has fallen in recent years, early indications suggest that we may see a spike in divorces in 2020 when the updated data is released. This is because many family therapists and lawyers have reported a jump in clients seeking counselling or divorce.

In addition, in a survey by Relationships Australia, 42% of respondents said they had experienced a negative change in their relationship with their partner in the last 12 months. This is likely caused by a change in living arrangements.

It also appears as though this is an issue that’s not just confined to Australia. According to the BBC, one British law firm has seen a 122% increase in enquiries and, in the US, a major legal contract-creation site recently announced a 34% rise in sales of its basic divorce agreement.

Unlike some Western nations who bemoan a 50% divorce rate, Australian marriages seem to be a little more resilient, with around 30% of marriages ending in divorce.

Divorce rates in Northern Europe, Western Europe and North America are particularly high. When we look at America, we see a great contrast with Australia. The USA is home to one of the highest divorce rates in the world, and someone gets divorced in the country every 13 seconds! This means:

Of all countries in the EU, Latvia had the highest crude divorce rate in 2017. The top five countries were:

Finally, Australia’s high divorce rates for second and third marriages appear to be replicated worldwide. In the United States of America, for example, past statistics have shown that 67% of second, and 73% of third marriages end in divorce.

Since same-sex marriage was legalised in Australia in 2017, we’ve seen a great number of same-sex couples show their love to each other by getting married.

According to the Australian Bureau of Statistics, within six months of the legislation passing, 3,149 same-sex weddings were held, and over a third of these were held in New South Wales!

For individuals entering into a same-sex marriage in 2019, the data shows us that:

However, the figures from Australia are comparable to the UK.

In their latest data release, we can see that there were 6,932 marriages between same-sex couples in 2017. Of these, 56% were between female couples. Additionally, there were 1,072 couples who converted their existing civil partnership into a marriage.

In the USA, the number of same-sex marriages is also on the rise. Data released by Gallup revealed that, in 2017, over 10% of lesbian, gay, bisexual or transgender (LGBT) adults in the US were married to a same-sex spouse. This is up from 7.9% two years earlier.

It’s also a similar story in Spain, where gay marriage was adopted back in 2005. Since then, more than 50,000 same-sex marriages have taken place, according to the Spanish National Statistics Institute. Plus, of all the years since gay marriage was legalised, 2019 was the most popular, with 5,108 recorded weddings.

For many of us, a wedding is the biggest and best party we’ll ever throw. After all, you’ll want all your friends and family at your big day, so it’s easy for the cost per head to spiral. So, let’s take a look at the average costs for a wedding in Australia:

However, this data for 2020 is likely skewed by the coronavirus pandemic, which meant that couples had to downsize their weddings in accordance with COVID safety protocols. In 2019, the average cost was much higher: $32,940.

The below chart outlines the average cost for all these wedding items across Australia.

And even after the wedding, all the spending isn’t done. This is because the average honeymoon costs $7,580, with the most popular destinations including Europe, the USA, the Caribbean, South America and South Asia.

All average wedding costs have been supplied by Easy Weddings and their Australian Wedding Industry Report (2021).

If you’re thinking about getting married in Australia, then we can help you learn more about entering into a binding financial agreements which can ensure asset protection. Likewise, we can also help advise you on getting your overseas marriage or any orders registered in Australia.

Alternatively, if you’ve come to the end of a relationship and you need to divorce or have a property settlement, we can advise you based on your circumstances and help you get the process started . 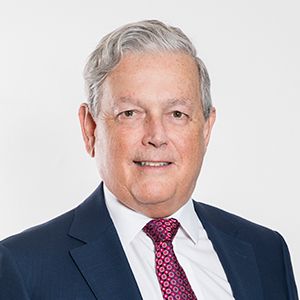