At Damien Greer Lawyers, we have over 40 years of expertise in advising on all aspects of family law. Sadly, this also means that we have experience in dealing with matters relating to domestic violence, including instances of physical violence, sexual abuse and verbal abuse.

Over the course of the past four decades, we’ve seen huge changes in the way that domestic violence is defined, reported and experienced. To learn more about domestic violence in Australia and how we compare to the rest of the world, we’ve pulled together all of the latest statistics.

What actions do Australians consider to be forms of family violence?

As mentioned above, family violence and domestic violence take many forms, from physical violence through to sexual abuse and emotional abuse. Although the definition of domestic violence is wide ranging, research from White Ribbon shows that there’s a huge difference in how some Australians interpret what’s meant by ‘domestic violence’.

For example, although 82% of people think that ‘hitting, punching, etc. or restraining in any way’ is a type of family violence, only 68% of people think the same about ‘not letting a person practise their own religion or forcing them to follow a religion’.

Here’s what the survey found and the percentage of respondents who believe that the action mentioned constitutes family/domestic violence:

On top of this, the latest data released by DVConnect shows us that:

Sadly, according to a recent report, it’s also estimated that 1 in 2 women (46%) and 7 in 10 men (68%) do not seek advice or support after suffering from physical and/or sexual violence from a current cohabiting partner.

Male and female experiences of domestic violence in Australia

On top of this, data shows us that Australian women are nearly three times more likely than men to experience violence from an intimate partner. Plus, Australian women are almost four times more likely than men to be hospitalised after being assaulted by their spouse or partner. On top of this, women are more than twice as likely as men to have experienced fear or anxiety due to violence from a former partner.

Who is most vulnerable to family, domestic and sexual violence?

How have domestic violence rates changed over time?

Although these statistics are horrific to read, the latest data from the Australian Bureau of Statistics does show us that the proportion of Australians experiencing violence is declining. In 2005, the figure was as high as 8.3%, but this dropped to 5.4% in 2016.

What’s the impact of family, domestic and sexual violence in Australia?

Family, domestic and sexual violence can have serious consequences. For example, in 2016-17, it’s estimated that violence from a significant other was a leading cause of homelessness for women and children. During that reporting period, 72,000 women, 34,000 children and 9,000 men sought homelessness services and reported that family and domestic violence caused or contributed to their homelessness.

In addition to this, intimate partner violence has a serious impact on both the physical and mental health of women. Back in 2011, it was thought that intimate partner violence contributed to more burden of disease than any other risk factor for women aged 25-44. This was because many women reported suffering from anxiety disorders (35%) and depressive disorders (32%).

However, the impact of domestic violence can go beyond mental conditions and physical injuries. In 2015-16, it’s estimated that the financial cost of violence against women and their children in Australia was around $22 billion.

In some social groups, the impact of domestic violence can be particularly severe. Current research shows that not only does violence occur at a higher rate for Indigenous Australians, but Indigenous Australians are also most likely to be severely affected by the violence due to social disadvantages and intergenerational traumas.

Although Australia’s domestic violence statistics still make for depressing reading, statistics from the UN seem to suggest that Australia’s rates compare favourably to those of other countries. This is because, in other parts of the world, violence against women and girls had increased significantly in recent years.

Globally, an estimated 736 million women have been subjected to intimate partner violence, non-partner sexual violence, or both at least once in their life. This equates to around 1 in 3 women. This is a higher figure than Australia, where the number is around 1 in 4.

Like in Australia, it’s thought that the majority of domestic violence that occurs internationally is committed by intimate partners. Again, this is most likely to occur with women and it’s estimated that more than 640 million women aged 15 and older have been subjected to intimate partner violence. Depressingly, this means that more than a quarter (26%) of all women around the world aged 15 or older have been a victim of some form of domestic violence in their lifetime.

Due to the fact that laws concerning family, domestic and sexual violence are different around the world, it’s difficult to compare two countries on a like-for-like basis. However, when looking at the data, it’s clear that there are some parallels between Australia’s domestic violence statistics and statistics from the rest of the world:

However, when we look at the data, we do also see ways that Australia’s statistics are different from the rest of the world. Thankfully, these are for the better. For example, although female genital mutilation (FGM) isn’t an issue in Australia, at least 200 million women and girls have gone through the procedure worldwide.

The good news is that the statistics also show us that people who are suffering from domestic violence are taking some form of action that will help protect them from their abuser.

In 2019-20 alone, more than 28,000 Queenslanders applied for an Order to protect them from domestic violence. During the same period, almost another 10,000 applied to have an existing Protection Order varied, according to figures from the Queensland courts.

By contrast, the parts of Queensland with the fewest lodgings in 2019-20 were: 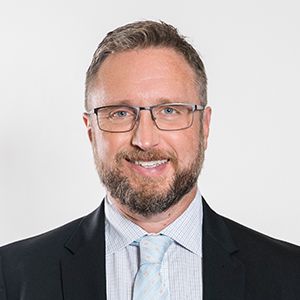